Recently, an alternative concept design for the Bicentennial Park tunnel access shaft for the Transport for NSW M6 Stage 1 provided a significant cost saving and de-risked the program.

The images below show the original design and the new design which reduced the risk of the program by removing the ground anchors which would have been a time-consuming process to install and test.

A comprehensive 3D modelling was used to verify the new binocular shaft design would work.

The Transport for NSW M6 Stage 1 will deliver the missing link from Sydney’s south to the wider Sydney motorway network making journeys easier, faster and safer. The main works consist of a twin four-kilometre tunnel linking the M8 Motorway at Arncliffe to President Avenue at Kogarah. The project was awarded to the CPB, Ghella and UGL (CBPGU) JV. 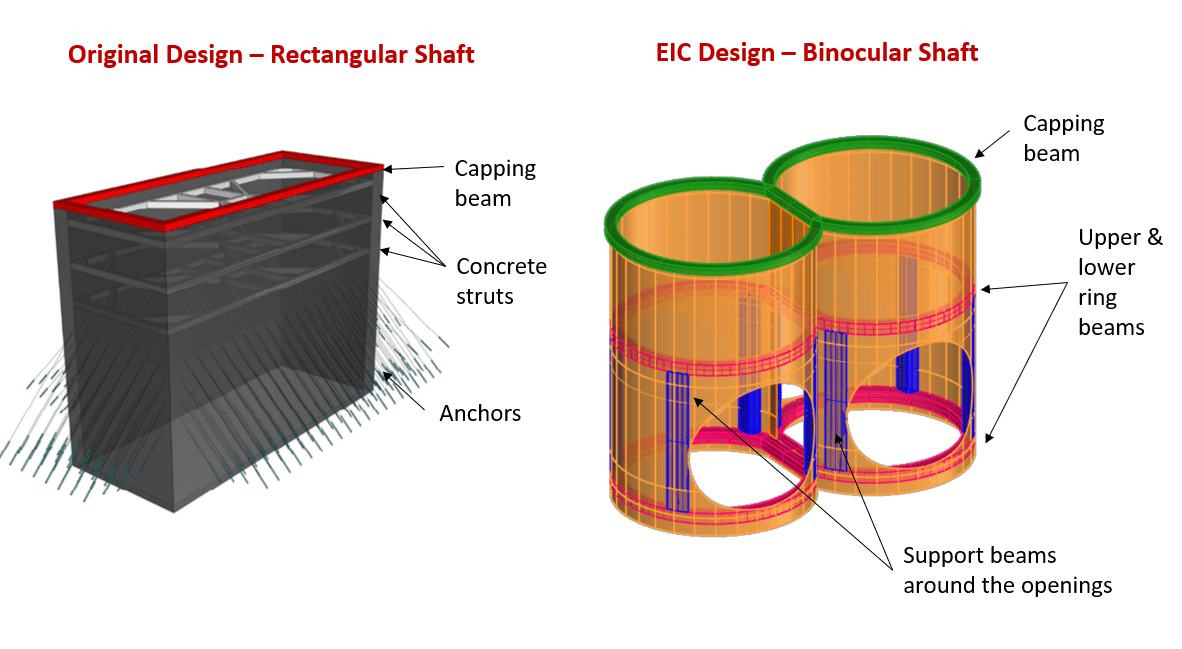 “Our team has diverse expertise spanning the geotechnical, structural and constructability aspects of tunnels, providing support throughout project lifecycles.”

“EIC’s expertise in underground structures and tunnels has delivered significant value for major infrastructure projects by the CIMIC Group in Australia and overseas.” “Previously EIC delivered internal advice and reviewed designs provided by external parties. We now have the capability and capacity to undertake all the design work inhouse and deliver an end-to-end service for CIMIC Group companies which is very exciting for the team.”

The team also recently worked on the tender design for the North South Commuter Railway project in the Philippines. EIC Activities provided the following design services:

Francisco added, “EIC delivered a complete tender design in a very short tender period. Constructability, program risks and value engineering were the key considerations for us. Working closely with LAIO and CPB, we incorporated the most relevant construction methods into our design.”